It is with great sadness that I have to announce the passing of Bill Gourlay.

It is with great sadness that I have to announce the passing of Bill Gourlay. 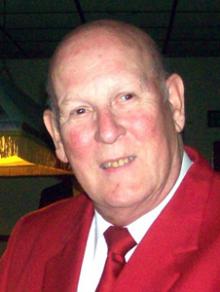 I first met Bill 40 years ago, we became firm friends and team mates playing for the same team together in the Newport, Cardiff and Rhymney valley leagues for 35 years. Bill was a very very good player who won many tournaments at league and local level. His dream was to represent Wales. Unfortunately he never quite managed that but was just as proud to serve on the management committee of the W.B.S.A. and act as a junior team manager for many years.

He had a great in-depth knowledge of the game and was always prepared to pass on this knowledge to anyone who asked. He became a superb coach who always showed much patience and encouragement to his pupils. Many young players particularly in the Cardiff and Caerphilly area's would not have achieved as much as they have without Bill's guidance and enthusiasm.

Bill was one of the few players around in recent years who was a century break maker at both snooker and billiards. In snooker and in life he was a fighter, he never gave up, I don't think anyone ever beat Bill easily. His opponents always knew they had been in a battle. Only 2 weeks before his passing he was playing league snooker to a very good standard.

In his private life he was married to Joyce. They led a very active social life, he loved a pint or two and of course, the odd whisky or three.

In his younger days he worked as a bouncer in London clubs and as a travelling fairground operator. He later became an oilfield man and worked on oil rigs in the north sea and the deserts of the middle east. I could listen for hours as he told his stories about his experiences in those times. He always had a funny story or a joke to tell and was always up for a laugh.

Bill led a rough, tough life as a young man and this helped turn him into a tough old bird in later life, as two teenage muggers found out to their peril one night (not so long ago) when they accosted him. An incident that prompted Jesse Brain to nickname him “The Lansbury Park Mauler”.

Bill put an awful lot of time and effort into the game and will be sorely missed by all involved in Welsh snooker, and by everyone who knew him. Our thoughts and prayers go out to Joyce and family.

For me personally, I have lost a dear friend, team mate and colleague. Going out to play snooker will never hold the same appeal again.

R.I.P. Old mate, you will not be forgotten.

On to Caerphilly Conservative Club.