The annual Jack Carney Memorial featured as Event 2 in the Welsh Ranking Series this year and as usual played out at the Matchroom, Llanelli.

The fast improving Liam Davies faced Matthew Roberts in the quarter final and the match proved to be really tight, Liam taking it 3-2. Dylan Emery was called up to the WST English Open at short nitice, giving Alex Taubman a bye to the semi-final and time to relax with one of the excellent bacon baps the matchroom sell!.

Ben Fortey swiftly despatched Alan Hurley 3-0 in their match, lining up a semi final against Daniel Wells after he made short work of the very experienced Don Newcombe.

The two semi finals were hard fought affairs, both going to deciding frames, with Alex and Ben taking the decisive balls to line up against one another in the final. 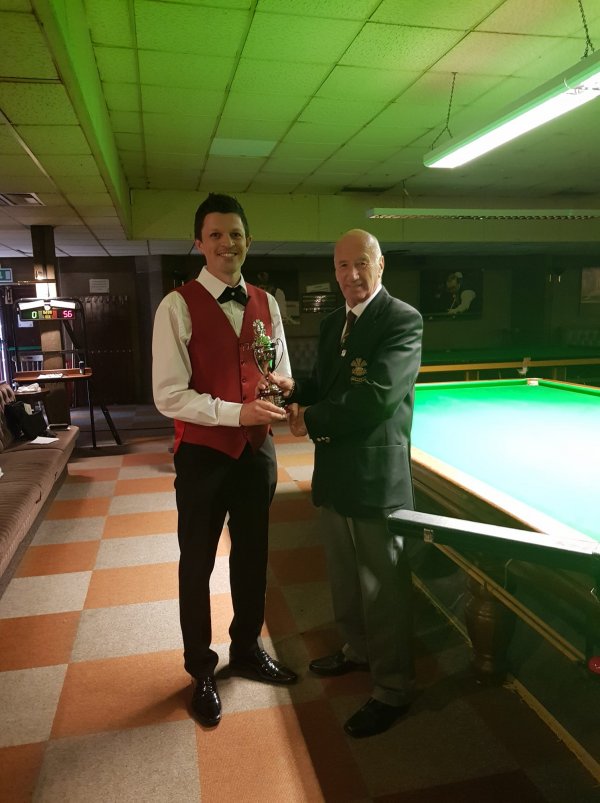