The draw has been made for the Mens European West Area Qualifying event, to be played at Snooker World, Ammanford, Sunday 22nd February. Two players will qualify for the Final round, to be held at Redz, Cwmbran on the 8th March.

Matches will start promptly at 10:30am. As usual, dress code is NO JEANS, NO TRAINERS.

If you have entered but are unable to play, please contact 07966676749 as soon as possible so that matches can commence on time. 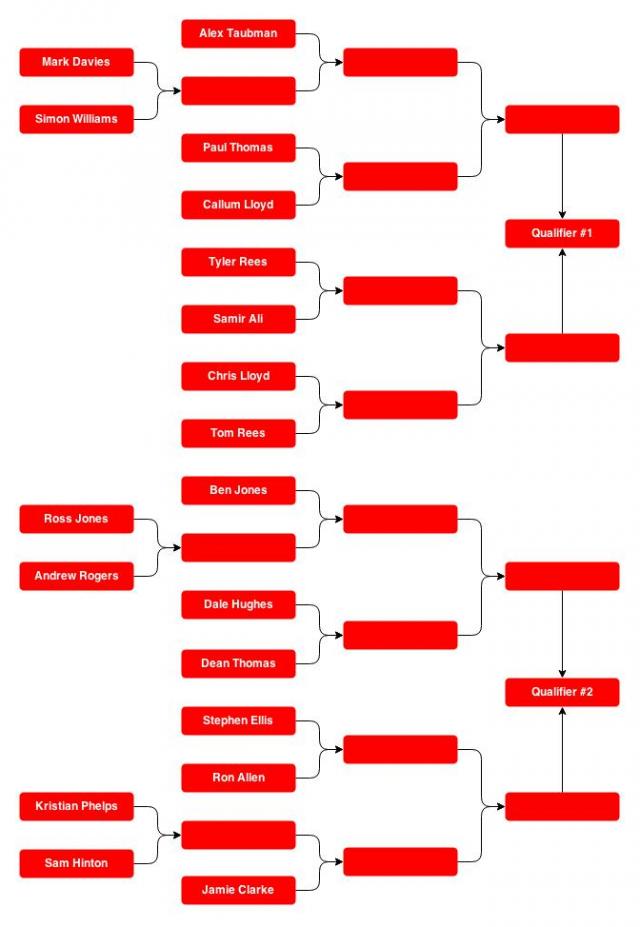