The Welsh Championship has been contested annually since 1928, only taking a break during the Second World War.

There have been many notable winners in this time, several of whom (Ray Reardon, Cliff Wilson, Doug Mountjoy, Terry Griffiths, Darren Morgan, Dominic Dale, Ryan Day, Andrew Pagett, Jamie Jones, Michael White, Daniel Wells and Duane Jones) have all turned professional and played at the highest levels in the sport, with many others competing in the PTC events.

Initially though, the tournament was pretty much dominated by Tom Jones of Quakers Yard, who won the title 8 times out of the first 14 tournaments and finishing runner-up on one other occasion.

As you can see there are a small number of gaps in the table below. If anyone is aware of some of the missing scores or opponents, or indeed any errors or ommissions from the list of professionals, please get in touch. 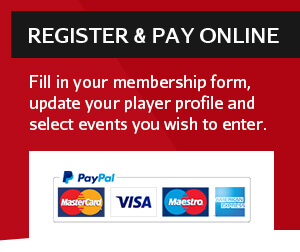