After crushing Darren Morgan by three frames to nil in the semi-final with a superb display of high speed potting it looked like Sargeant’s day especially when he raced into a two-nil lead in the final. Anyone who knows Evans will realise that he will not go down without a brave fight and very soon it was two frames each and all to play for.

With the title and a trip to South Africa for the 2015 World Amateur (over 40s) Championship at stake the final frame was always going to be a tight, cagey affair but it was Sargeant who, torn between difficult options, rolled the dead-weight final black from its spot into the middle pocket for victory.

The quality of the players and the high standard of conditions at the Redz Club was reflected in the large number of fifty-plus breaks made on the day with Morgan topping them all with a wonderful clearance of 142. 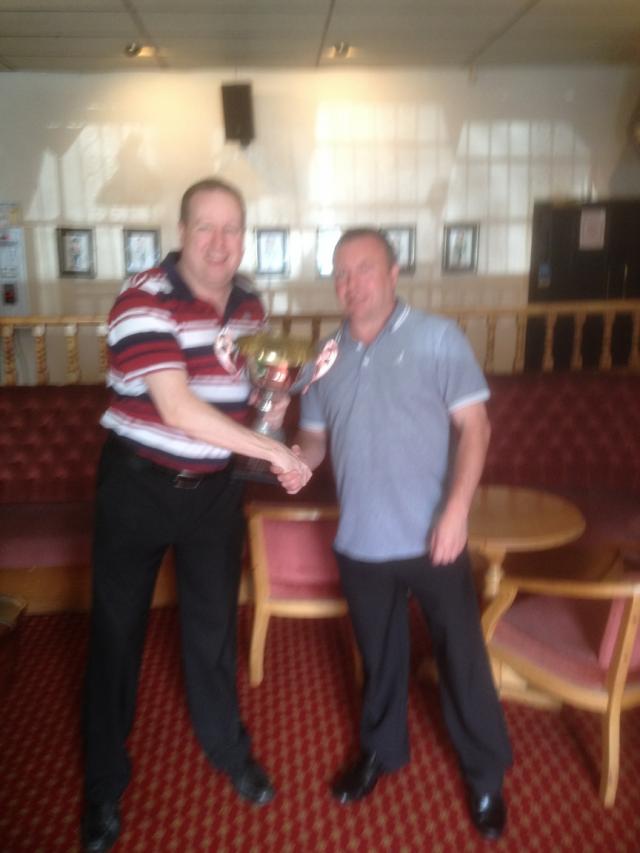 Pictured is Ian Sargent receiving the trophy from Alun Squire, of Alun Squire Motors, sponsors of this event