The tournament has commenced and has reached the half way stage for the Seniors and the Masters teams.

The Senior Team of Darren Morgan, Jamie Clarke, Rhydian Richards and Matthew Roberts had a tough opening match against England, which was a narrow 5-7 defeat. The second match was a comprehensive 11-1 beating of the Isle of Man side and the first full day finished with another defeat at the (bridge) hands of Northern Ireland with a score of 3-9. Currently they lie 4th of 7 in the table.

The Masters A team (Andrew Issit, Bob Watkins, Gavin Lewis, Jon Perring) have had two good results so far. An 8-4 win over Scotland B followed by a close fought 7-5 win over Scotland A place them joint second.

The Masters B side have been unlucky to lose both their matches so far. Both matches have finished 5-7, against table leaders England and Republic of Ireland. The closeness of the results keeps Derek Haddigate, John Terry, Simon Williams and Wayne Morgan in 4th place. 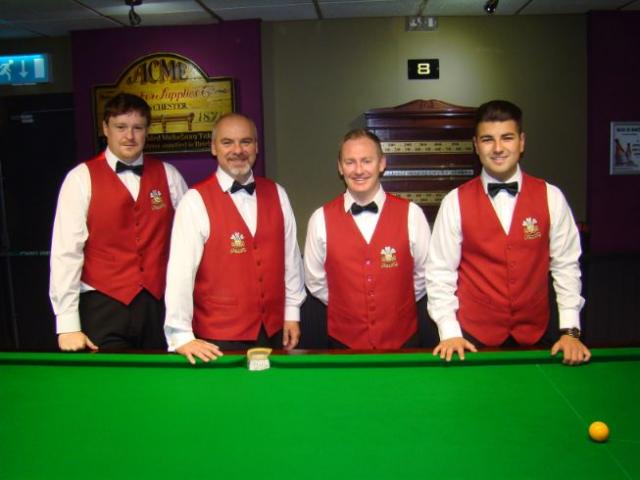 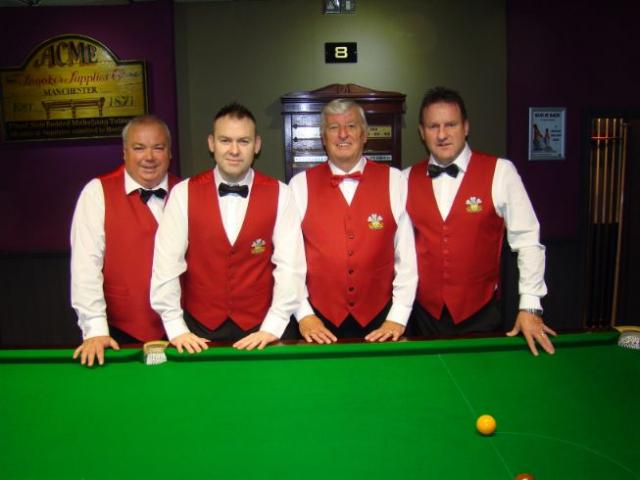 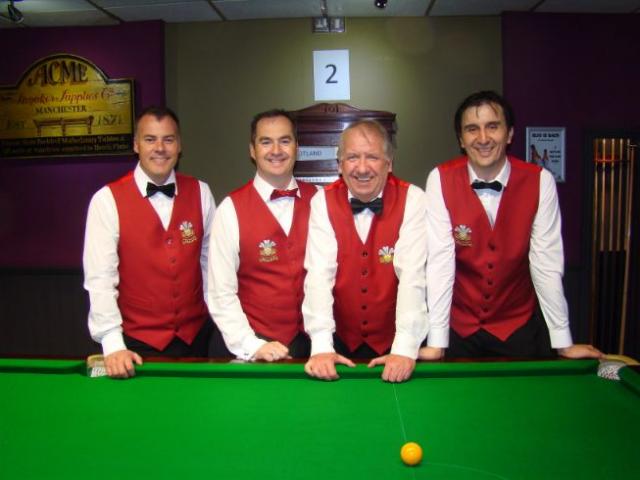