Jak Jones from Cwmbran won the 2nd Mens event of the season by beating event 1 winner Alex Taubman by 3 frames to 1, leaving the pair tied at the top of the rankings.

Jones won matches against Tom Rees 3-1 and Jamie Clarke 3-2 in a high quality day of snooker. Jamie Clarke made a 123 break against Dai John in a great quater final where he won 3-1 before losing out to Jak 3-2 in a tense semi final.

Pictured below is winner Jak Jones with Darryl James 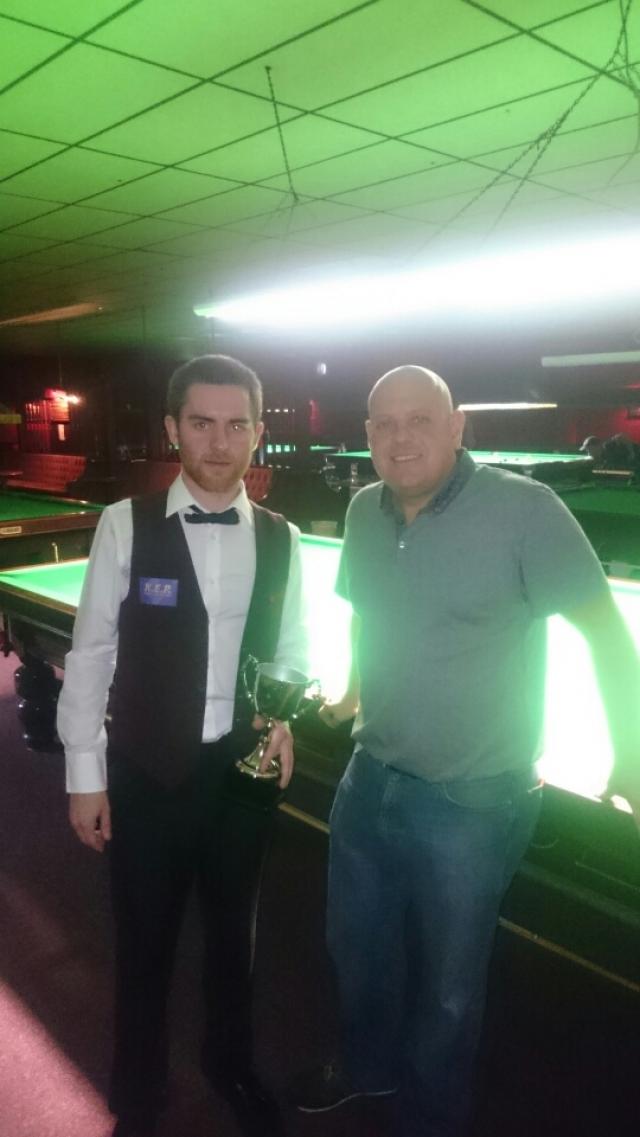