Liam Davies won this event to make it two out of two in under 14s tournaments this season.

The improving Ben Massey took the first frame of their semi final but Liam then took control to reach the final with a 2-1 win.In the bottom half of the draw, number two seed Bradly Tyson was impressive in reaching the final without dropping a frame.

In the final Bradley should have won the first frame only for Liam to nick it on the black. Bradley seemed to dwell on this disappointment a little bit as Liam gained in confidence to run out a 3-0 winner. 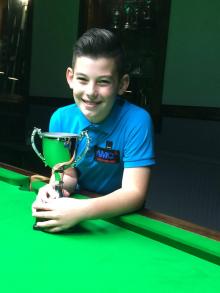 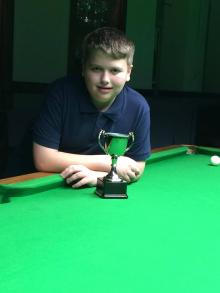