Unfortunately the very young and relatively inexperienced Welsh contingent were beaten by very strong Irish teams, although the Welsh lads put in some highly credible performances. Liam Davies showed his potential by winning 4 of his 6 matches drawing 1 and losing 1. Under 14s captain Oliver Briffitt-Payne was
undefeated winning 2 and drawing 4. Young Riley Powell showed what an excellent prospect he is by
winning 2 drawing 3 and losing only 1 of his matches.

Overall it was a very entertaining match with some very close encounters, but the greater experience of
the Irish was the telling factor.

Welsh team manager John Dobson said he was extremely proud of all the Welsh players and was sure
that this experience of international competition would stand them in good stead for the future. All players were a credit to Wales and did themselves, their parents, and their team mates proud.

Team spirit and behaviour on and off the table was exemplary (also from parents) and we look forward to
welcoming the Irish over to Wales for next seasons event. 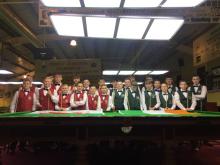 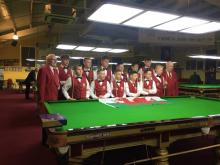 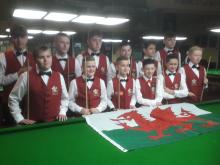