The quarter finals all finished 2-0, with Ryan Davies, Riley Powel and 8 year old Jamie Williams all running out winners in their opening matches.

Following a bye through the first round, Liam Davies faced Jamie and took the tie 2-0. Riley Beat Ryan by the same scoreline to set up an intersting final. Ultimately though, Liam proved too strong in the final and rounded off a superb day with a 3-0 victory.

The plate competition was won by Harry Armstrong, who will be hoping to take his run of wins in the plate further through the main competitions next season. 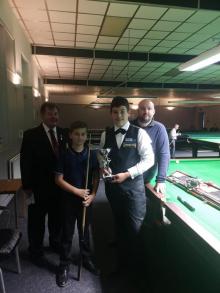 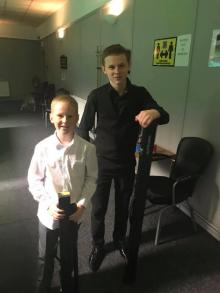