Everyone arrived at a very well presented Red Triangle Snooker Club and the competition used 4 of the club tables, 2 of which have recently been recovered and were very slick indeed.

All competitors were on time and well presented themselves. A lot of the players have grown a lot both in height and maturity over the COVID-19 lockdowns. The most notable change in everyone were the voices.

Riley Powell played some solid snooker to beat Jack Taylor 3-0, and Liam Davies also doing the business against Oliver Phillips 3-0 in the opening round. There was a tough test of character for Ollie Briffett Payne as he dropped a frame against Dainton and an even tougher test for Zac Cosker against Jack Annalls as he won on the final black of the deciding frame.

Into the semi finals, Liam couldn’t seem to find his form as Ollie played some great snooker to come to a 3-0 winner. Zac and Riley played out a very tough and tactical match with Zac coming out a 3-1 winner.

The final was shaping up to be a hotly contested affair. Ollie played some solid snooker with some great breaks, with Zac running a decent 41. Ollie finished the day and the final with a 66, showing why he’s one of the main contenders for this years under 18s title. 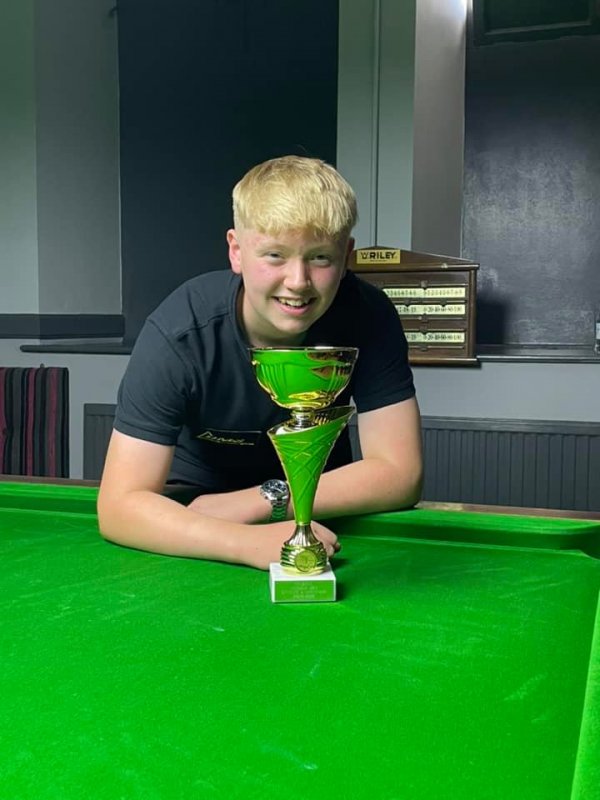