With Covid-19 affecting every part of all of our lives for so long, it is easy to forget that there were a few oustanding fixtures from the 2019-2020 season. The Masters Championship had been scheduled and delayed on more than one occasion, so it was good to be able to get it underway at The Matchroom, Llanelli on the 1st August. Twenty four players registered for the event and the draw lined up some interesting permutations.

The top half drew to a semi final pairing of Mark Stoneman and Alun Squire. Mark despatched John Mills 3-1, Jason Tucker 3-0 and Simon Williams 3-0, whilst Alun beat Martin Dylan 3-0 and Brian Rees 3-1 before coming up against a determined Andrew Isitt, taking a narrow 3-2 win. there was a distinct possibility Alun's quarter final had taken some wind out of his sails, with Mark booking his place in the final with a 3-1 win.

The bottom section of the draw played down to a Rhydian Rochards/Darren Morgan semi final. Rhydian beat Khurram Khan (3-0) and Don Newcombe (3-1) whilst Darren faced Tim James (3-0), Darryl James (3-0) before an epic quarter final with Phil Williams with Darren saying he feels he robbed phil in his 3-2 win. The semi final went Darren's way 3-0 though, setting up the final nicely.

True to form after the QF scare, Darren knuckled down and took the match and title with a 3-0 win. 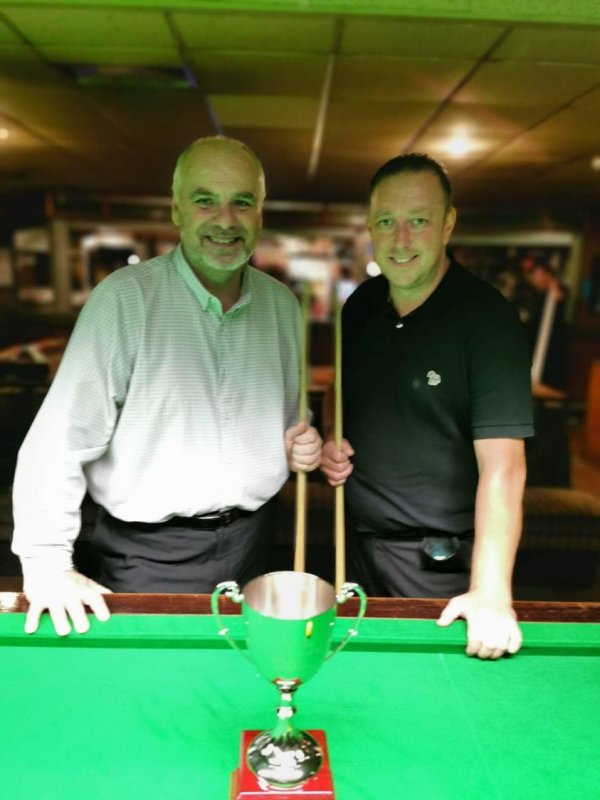