Snooker World Ammanford was the venue for the opening Masters event of the 2021 season. The event was keenly fought in all rounds, starting with the prelim between Darren Morgan and Gareth Edwards, with both players scoring very heavily and Darren needing all his experience to claw back the frames, Gareth no doubt feeling he deserved more than the 0-3 defeat.

Darren's route to the semi finals was by seeing off Nick Davies and Tim James 3-0, with Alan Hurley again in fine form, 3-2 a fair result to Darren but no doubt one Alan will count as a 'what if'. Philip Williams line up yet another match with Darren by beating Alun Squire and Andrew Isitt 3-0 and 3-1 respectively, then Darryl James again by 3-1.

Whenever Darren and Phil line up it is a titanic battle, this one was no different. Darren had to come from behind to book his slot in the final by three frames to two.

In the bottom half, Simon Williams rolled back the years with a 3-0 win over Chris Collins, followed by 3-1 against Martin Dylan and a highly creditable 3-1 win against Steve Thomas, to face Mark Stoneman in the semi final, Mark getting  through 3-0 (Ron Allen), 3-2 (Brian Rees) and 3-1 against Brian Hashi. Mark lined up his second masters final in a row with a 3-1 win over Simon.

The final itself was played quite late on. With both players showing some fatigue, it was Darren who came out on top 3-0. 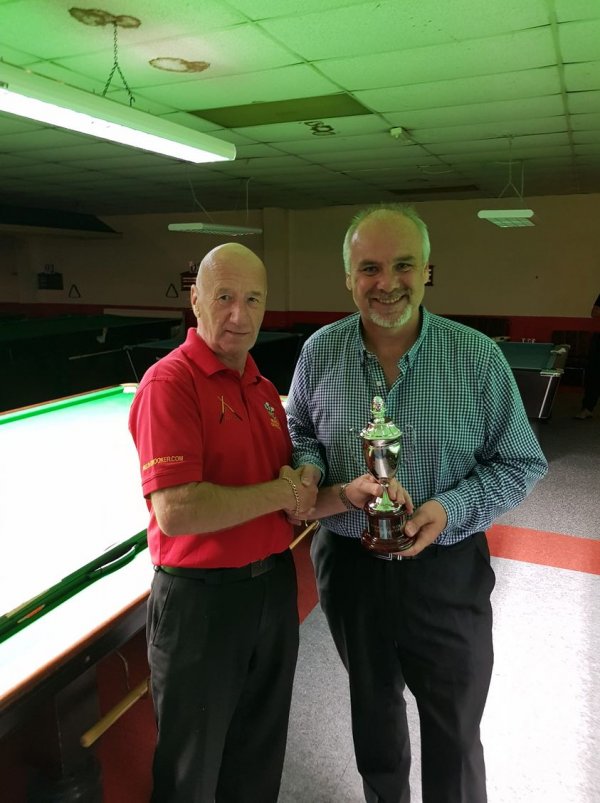