Redz played host to the South Wales qualifying round. Callum Lloyd was faultless all day, winning 9 frames without reply and running in a 122 in his match with Stephen Price to qualify for the finals weekend. Darryl James booked himself a QF spot after 15 frames, beating Daniel Bridle in the decider. Bradley Tyson had his work cut out all day, but showed why he is a junior international by seeing off Don Newcombe, Simon Bryant and John Breeze. Similarly Oliver Briffet-Payne also did it the hard way, two deciders on his way to qualification. Andy Rogers was turning back the clock, beating Ben F|ortey on his way to making the last 8. Daniel Wells took the last South Wales qualifying spot by beating up and coming youngster Liam Davies 3-2. Liam does however deserve a mention of his own – a magnificent 145 break in his match with Brian Hashi.

Up North, Matthew Roberts played 4 matches to qualify and won each of them 3-0. Carl Bennet came through a very tough bottom half of the draw that saw current #1 Alex Taubman fall 1-3 to Gareth Edwards before Carl also beat Gareth 3-2, sealing qualification by beating Rob Williams 3-0.

And so to the finals! Ammanford was the venue for the last 8. Quarter final #1 pitted Bradley against Andy. The tie went to Andy 3-1, with all 4 frames being decided on the blue, pink or black. Match #2 saw Darryl beat Carl 3-2 again with the frames being very close indeed. The third match saw Callum take a comfortable win over Oliver, no doubt Callum’s extra match experience coming into play. Matthew took the last semi final spot, beating Daniel 3-2, with Daniel getting the highest break of the day, a 76. Andy came out of semi final 1 the victor, Darryl started well with a 57 in the first frame but Andy stepped up a gear to win 3-1. Callum and Matthew went to a decider, a 71 helping Callum take the tie 3-2.

The final was another tight affair, the players sharing the opening pair of frames. However, Andy was unable to hang onto Callum who, having got 2-1 ahead, largely shut down the fourth frame and took the match 3-1. The win leaves Callum tied on points at the top of the ranking table with Alex Tubman. 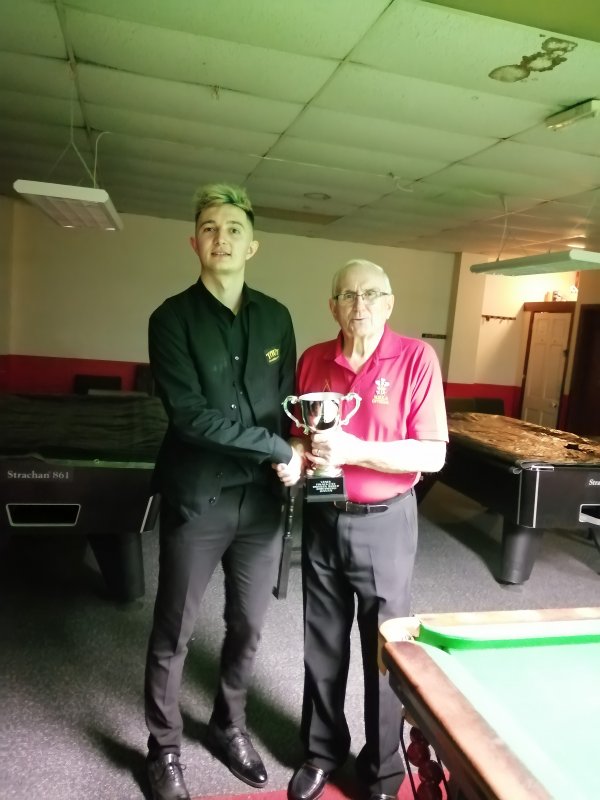