Dylan Emery has seen off the challenge of Paul Davies to secure the Welsh Amateur Championship title from 2020.

Dylan started well, making the most of his opportunities in the first two frames to open up an early 2-0 lead. Paul managed to open his account in the third frame on the black and levelled the match in the next frame in dominant style. After the interval, Paul pulled into the lead with some canny play but Dylan dug deep and made it 3-3 with an excellent 76 break. The seventh frame seemed to be heading Dylan's way, but an unexpecred missed black let Paul in to lead the tie at the end of the first session.

The evening session started in a flurry of poting from Dylan as he reeled off a run of 4 frames in a little over an hour of play. As so often happens though, the mid-session interval gave Paul time to gather his thoughts and some aggressive potting pegged the scoreline back to 7-6 to Dylan.

The 14th frame ran on for 40 minutes as Dylan clawed back a 56 point defecit to take the frame with the final black and writing his name into the history books. 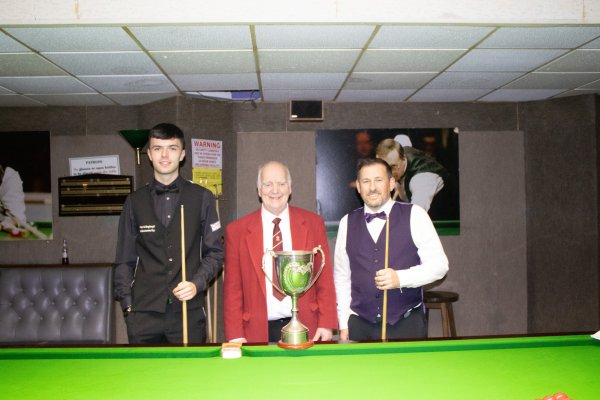