Darren Morgan has again proved that age is no barrier in this game as he regained the Welsh Amateur Championship title down at Pontycymer Vetz. Unfortunately due to the Chairman testing positive for Covid on the morning of the event, the usual streaming was not possible.

The table was prepared to perfection for the weekend, with both semis and the final being played over the course of the 23rd and 24th July.

The matches commenced with Liam Davies up against Ben Fortey, with Liam securing the round six frames to one. The evening session pitched Tyler Rees agaianst Darren, a tie darren sealed 6-3.

The final was played on the Sunday over two sessions. Darren played tight match snooker to limit Liam's scoring opprtunities and sprang himself whenever Liam let him in. Whilst some of the frames were quite tight, Darren's vast experience saw him lead 6-1 at the interval, including breaks of 56 (frame 1), 73 (frame 2) and 103 (frame 6). The evening session lasted three frames as Darren secured the title for the fourth time with an 8-2 scoreline. 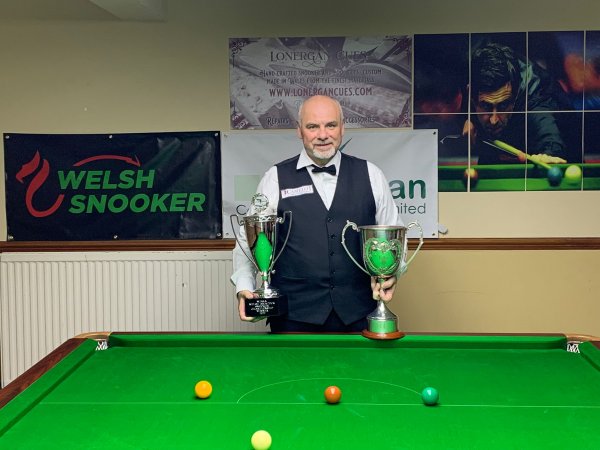