Seniors Evnt 4 took place last weekend, with a strong field of 31 players. Ammanford again showed why it is an excellent venue for our larger events.

The first round featured many strong match-ups but Darren Morgan found himself facing Gareth Edwards in his second match after dispatching Chris Garwood in round 1. Darren ran in a maximum break against Gareth, an historic 147, with it being the first in any of the events Welsh Snooker run. It is a monumental feat and Darren would have been forgiven for losing his concentration during the day, having hit such a peak. However, he made his way past Gareth, Justin Brown and then Khurram Khan all 3-0 to reach the final.

In the lower half, Lee Walker made his way to the final by beating Mark O'Loughlin and Phil Williams 3-0, then David Hooper 3-2 before Darryl James in the semi final, again 3-0.

With both players on fine form, the final had 'decider' written all over it and that is how it went, with Lee pulling off the win in frame 5. 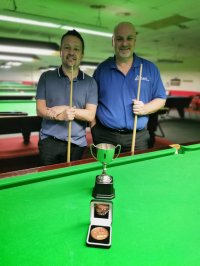 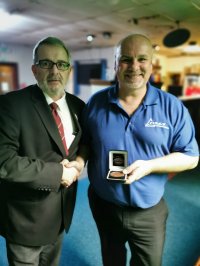 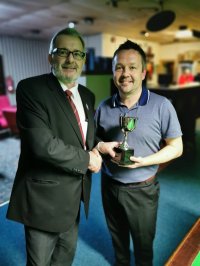